6 Tips For Dealing With Opinions on Your Parenting Decisions

Just before I went on maternity leave, I received an email from a work colleague who has two children.

Amongst plenty of good advice regarding first-time parenting from someone who has ‘been there, done that’, it said: “Once you become a parent, you will find that everyone is going to have AN OPINION. Listen and consider what is suggested, but ultimately you make the call on what is right for you and your baby.”

As I was reading this email at the ‘still pregnant and pretty clueless’ stage, I did not think much about this particular advice. However, soon after my baby was born, the others’ opinions started rolling in – and I found myself feeling pressured to act a certain way… so it took me some time to remember my colleague’s wise words.

Firstly, at the hospital, the nurses and midwives patiently answered all of my questions regarding the basic baby care. I trusted them implicitly, given these women see thousands of babies and have discerning eyes and ears for what a baby might need. Yet after meeting several midwives on the maternity ward, I realized that even their professional advice was not always consistent, i.e. different individuals gave us varied (and at times conflicting!) advice for the same baby-related issue. That was the first sign that there are no hard and fast rules on understanding babies (who cannot speak for themselves)…and even professionals will come with varied experience and suggest different solutions for the same problem.

Then, after we brought the baby home and started caring for her without the help of hospital staff, I realized that the baby constantly communicates about her needs (with her cries, body language, facial expressions)…it’s just that I didn’t fully understand the language! There I was, in the first weeks at home, not necessarily getting what she might want. I’ve learned enough to cover the basics – i.e. to make sure she has eaten, has a clean nappy, has burped, is not too cold or too hot. But at times she would cry even after I had addressed these basic needs, and I was left thinking: “Damn… What now?” It became somewhat of a guessing game in the first few months of parenthood. It also dawned on me that I had this misconception that I, as her mother, will immediately ‘know’ what is wrong and how to fix it. Yeah… right! Like any relationship, so the one between a parent and a child takes time and patience to build.

However, after the hard realization that I was not the baby whisperer I expected myself to be, it soon appeared that I was surrounded by others who seemingly were. The baby would at times fuss or cry in the presence of other people – and suddenly, everyone’s opinions on what the baby really needed started to roll in. It did not really matter whether I had asked for advice or not, as others’ opinions  would be offered anyway:

“Mmmm she looks tired”; (in baby voice) “I think it’s time for a nap mommy”; “Oooh it sounds like gas to me”;  “You tell your mommy you had enough tummy time”; “Pfft who needs a baby gym, you guys did not have one and you grew up just fine”; (directed at baby) “Sweetheart you don’t really need a dummy, don’t you? ” … and so on.

As a new mom, and the one considered to be ‘in charge’ of this child – initially, it was difficult for me to know how to respond to such comments, as they were often made indirect to me (e.g. spoken to the baby or in a baby voice).

Nevertheless, opinions about what should be done were hanging in the air, and I often wondered: Should I explain that I had already tried settling her for a nap 5 min ago but it did not work? That I had meticulously researched the use of pacifiers and made a plan as to when I think it would be appropriate to use one? Or should I simply just give in, as the opinions often came from parents who spoke with the authority of a parenting experience which I, as a new mom, clearly did not have.

What made it even harder was that I felt criticized as if I was somehow harming my child by not doing ‘the right thing’. I even cried about it. Eventually, I realized that I needed to find a way to develop a healthier attitude towards dealing with other’s opinions. These are some of the ideas I now rely on. 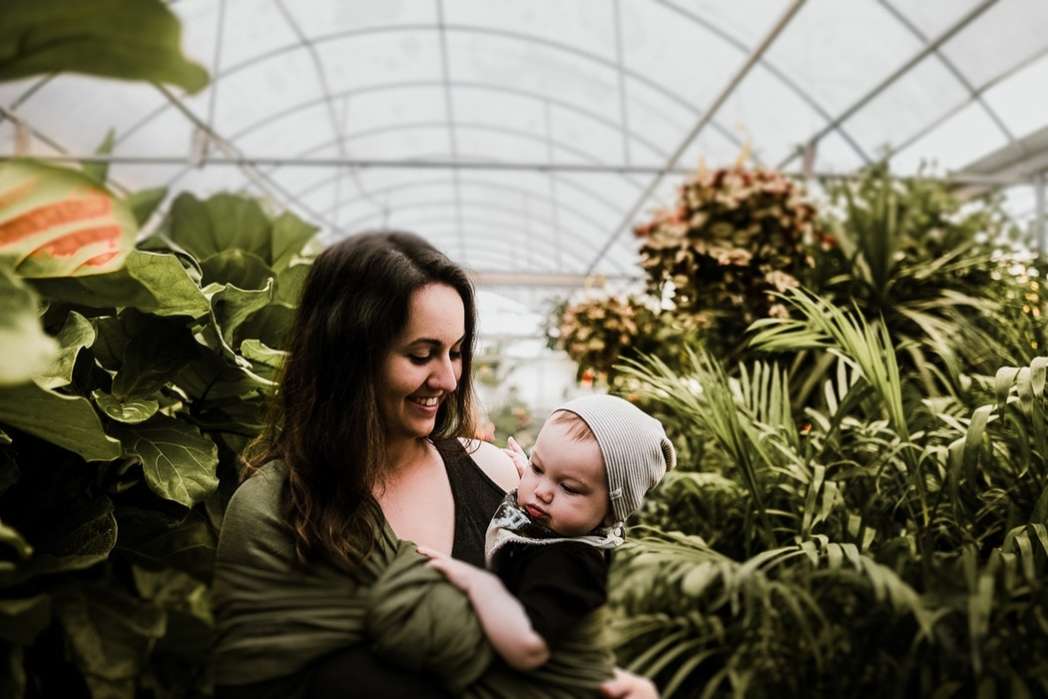 Why was I so negatively affected by others’ opinions?  Self-reflection made me admit that I have perfectionist tendencies.. As a new mom, I am still unsure of myself and often think that I’m not doing things right. Because I feared criticism, I would see it everywhere (even when it was not intended!), hence I took others’ comments too personally. Admitting to my own fears has helped me to see through them and realize it is OK to be an imperfect parent (given everyone else is much the same too). I then started listening to others ideas without being emotionally affected by them. 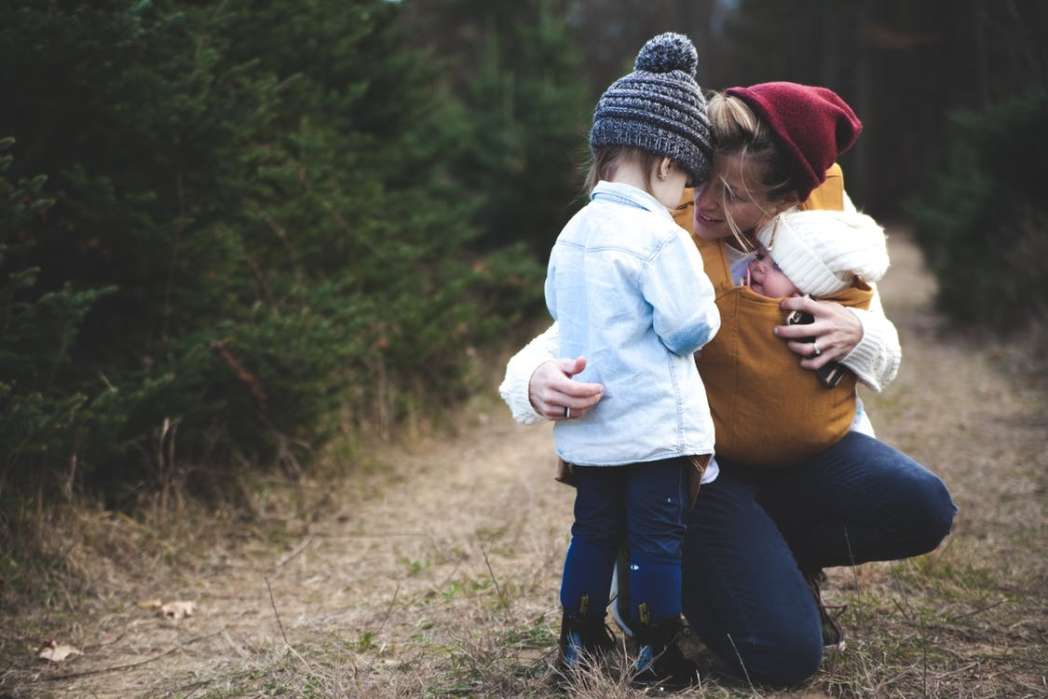 I considered the overall validity of any given opinion. There is a Freudian concept in psychology known as “projection” – an ego defense mechanism whereby a person displaces unwanted feelings onto another person, so they appear as a threat in the external world. An example of this is when an individual displaces their own unacknowledged anger or sadness by seeing them in another person. Now, how does this relate to babies? Given that babies’ cries are open to interpretation, it seemed to me that people would subconsciously project their own unacknowledged needs onto the baby and expressed them in the present moment. Not always…but sometimes.

This meant that others’ opinions were not always accurate in reflecting what baby really needs. Secondly, the currently recommended baby care practices (e.g. feeding and sleeping advice) are very different from those of a few decades ago, and the well-meaning friends and family may not have the most updated knowledge when they offer their opinions. If this is the case, I found it useful to explain the reasoning behind the new recommended practices that you have been taught by the professionals.

3. Remember the perfect parent does not exist. 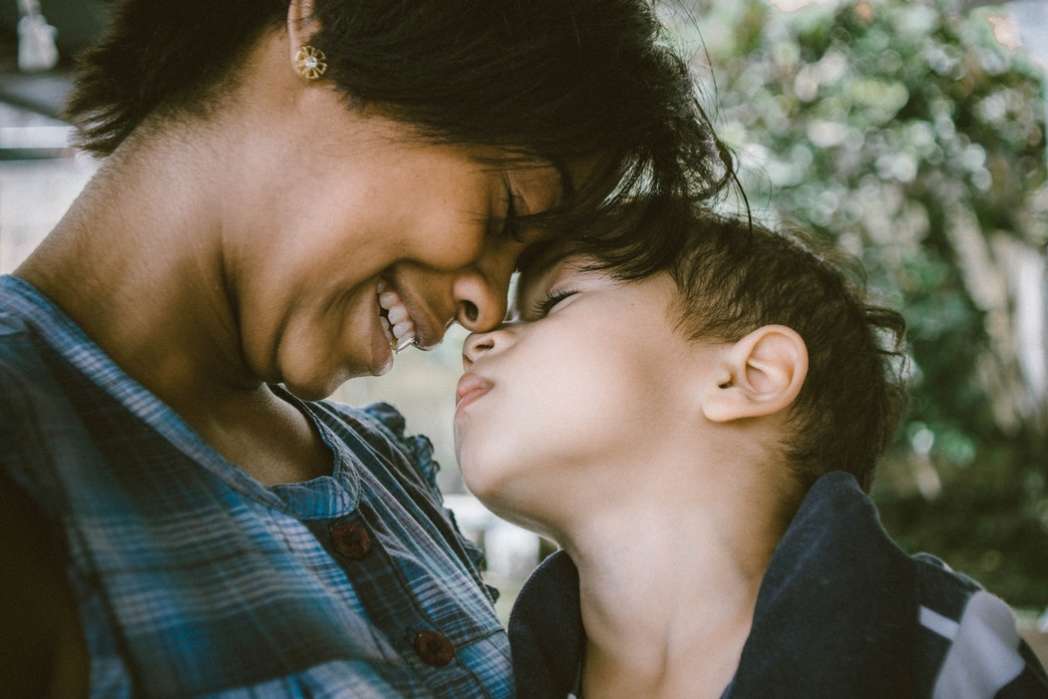 Although I initially felt intimidated by the experienced parents’ opinions, I have since realized that having parenting experience does not equal having the ultimate parenting knowledge. Even the very experienced parents have made many misjudgments themselves (and still do). In fact, it is debatable whether something as “the ultimate parenting knowledge” even exists. We know that children come with their own individual temperaments – which then may or may not fit in with the parents’ temperaments. As parents also come with varying ideas of what and how things should be done, the types of parenting problems and possible solutions are therefore endless. Aim not for perfection, but have an open mind to consider and try different ideas.

4. Remind yourself the opinions usually come from LOVE. 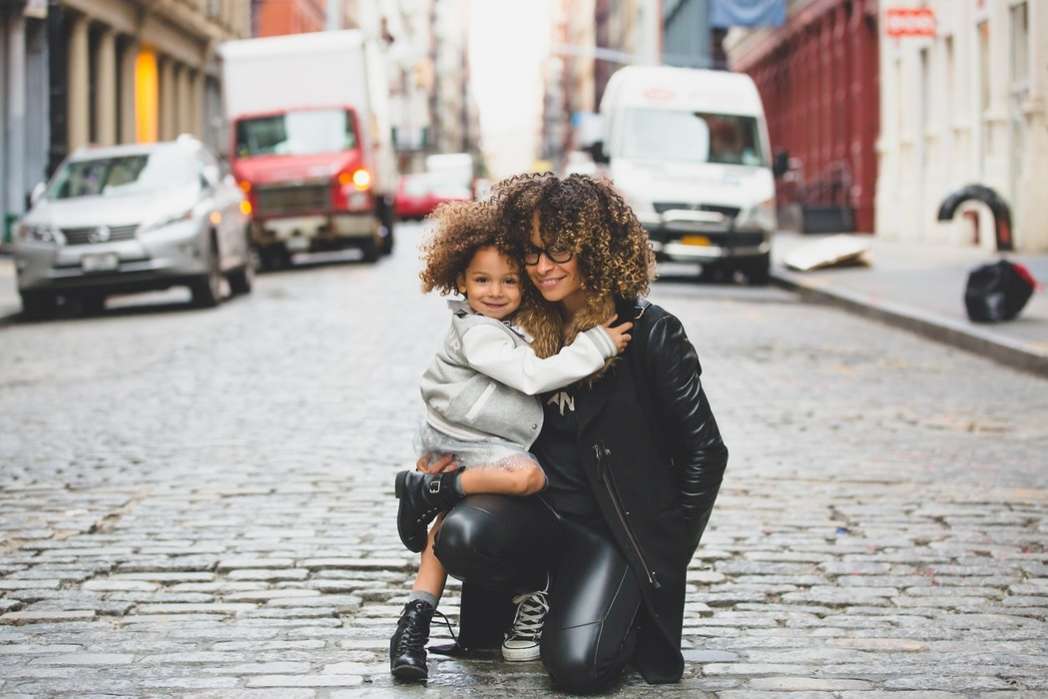 This important point was kindly emphasized to me by a fellow first-time mom, who was also experiencing the influx of opinions about what her child needs. She said: “They come from LOVE.”And she had a point. Generally, it is the well-meaning and kind friends and family members who try to help by offering their input, and there is nothing wrong with that. It comes from love for both the mother and the baby. Undeniably, comments can certainly be made from a critical point of view, but this is generally the exception rather than a rule.

In reality, people are mostly trying to help, even though it may be interpreted as a critique. On reflection, I realized that I was also ‘guilty’ of offering my own opinions to other parents when I thought that would be helpful…even if I was not asked. Gasp. I now know how it feels to be on both sides of the coin. 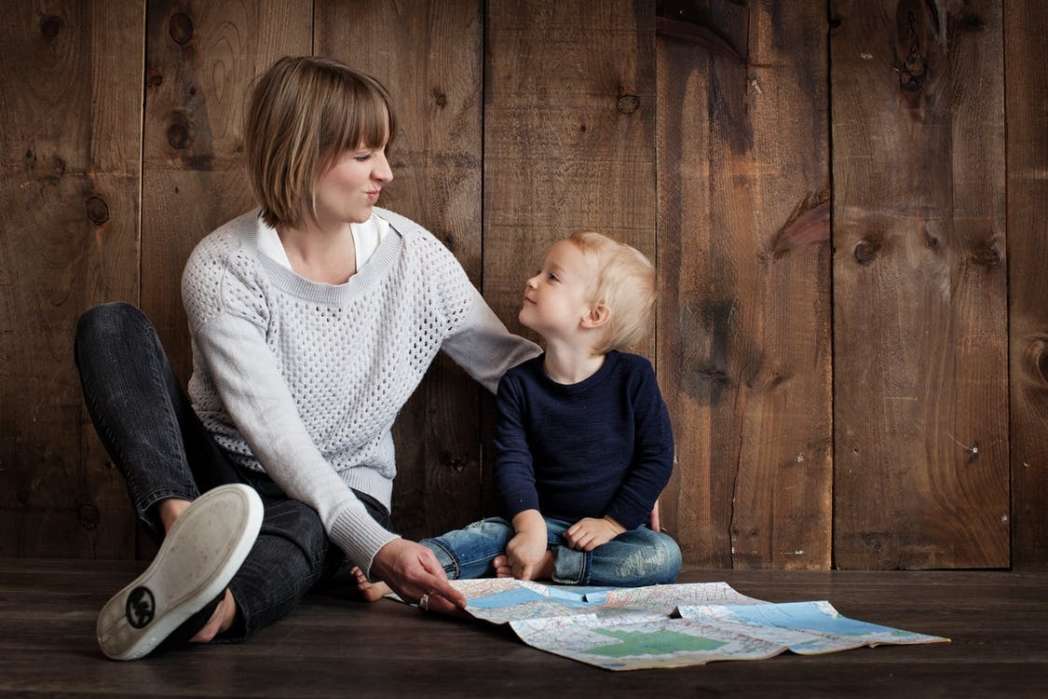 It is the unfortunate nature of our world that the most discussed issues are generally problems (wars, natural disasters, political scandals etc), so we are accustomed to thinking and talking about the negatives. Our minds are also naturally geared to focus on the potential threats in our environment to protect us from harm. So due to both culture and human psychology, things that are going well are rarely discussed or celebrated. Yet, there are a lot of positives in the world, as well as in everyday parenting – even when it is done for the first time. So try to pat yourself on the back for your parenting patience, kindness and small successes.

Occasionally, a positive opinion about your parenting will also come your way – and that is fantastic, so take these on board as a source of strength. You are not doing everything wrong … quite the contrary, you are doing many things right – it’s just that the good things are just not ‘opinionated’ as often.

6. Remember these wise opinions on opinions. 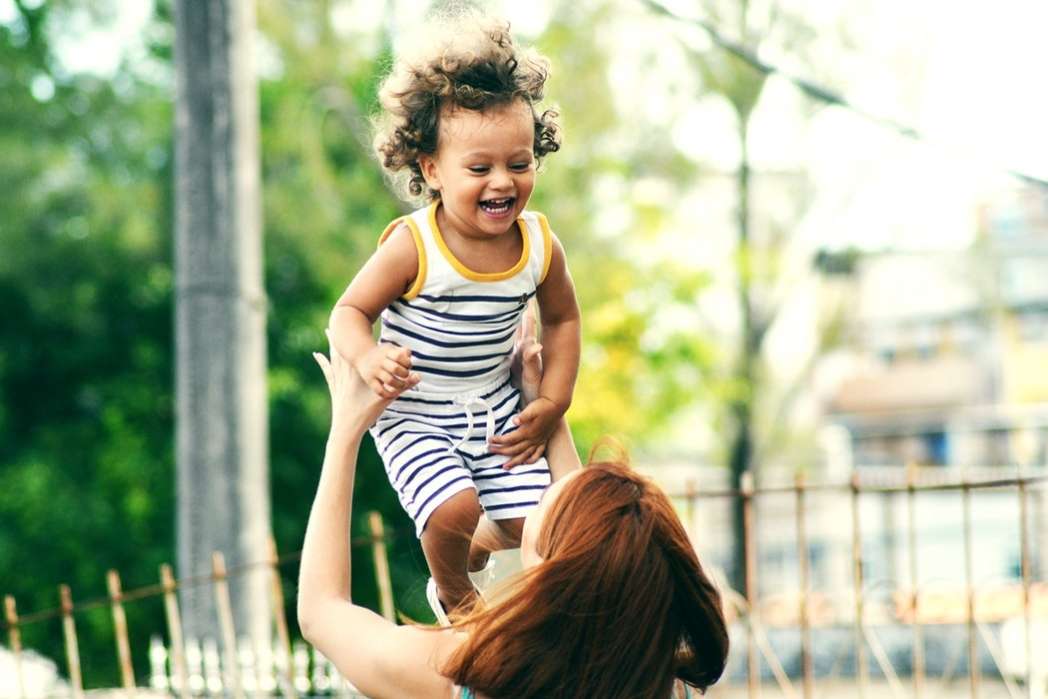 Some interesting quotes from people wiser than me to further put opinions into perspective.

“Be careful whose advice you buy, but be patient with those who supply it.
Advice is a form of nostalgia – dispensing it is a way of fishing the past from the disposal, wiping it off, painting over the ugly parts and recycling it for more than it’s worth.” – Baz Luhrmann – Everyone is free (to wear sunscreen)

“There are as many opinions as there are people.” – Terence

“People do not seem to realize that their opinion of the world is also a confession of character.” – Ralph Waldo Emerson

“Opinion is the medium between knowledge and ignorance.” – Plato

“Opinions, like weapons, are often made for defense as well as offense.”- Edward Counsel

“Opinion has caused more troubles on this little earth than plagues and earthquakes.” – Voltaire

“No man is disturbed by things, but by his opinion of things.” – Epictetus

Lastly and obviously, what I have discussed here is just another opinion…sigh! And although the opinions on parenting (both in general or specific to your family) will keep on coming and you cannot predict or control them, do not forget that there is one main thing which you CAN influence…. as the ultimate power of how you take on anyone’s opinion (including your own) – lies within you.